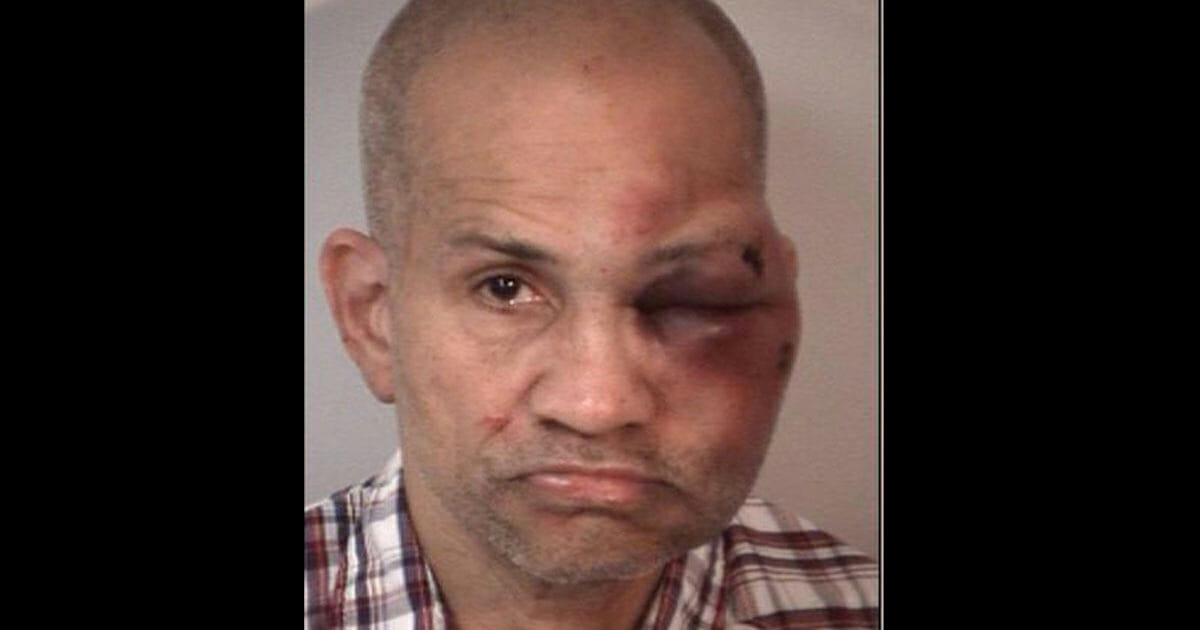 A man was arrested last week in Spotsylvania, Virginia, but not before being severely beaten after being found naked from the waist down in the bedroom of two children.

According to reports, 60-year-old Mark Stanley, of North Carolina, was found by the father of the children, naked from the waist down.

Investigators say the dad went to check on his children and found Stanley – who is supposedly a relative of the family – lurking.

It’s said Stanley panicked and pushed the father out of the bedroom before locking the door. The dad, however, managed to force his way back in and assaulted Stanley.

Spotsylvania Sheriff Department said in a Facebook post: “In the early morning hours of December 29, 2019, deputies with the Spotsylvania Sheriff’s Office responded to a disturbance at a residence in the 6800 block of Luce Lane in Spotsylvania County. Upon their arrival, they were encountered with a chaotic scene and an older male with severe injuries to his face, later identified as Mark Stanley. Upon entry into the home, deputies also encountered a male displaying a handgun quickly approaching the older gentleman. Deputies quickly engaged the male giving him commands to drop the weapon, which he did.

“Through the investigation deputies learned that Mark Stanley was here visiting family members for the holidays. One of the family members awoke early and decided to check on his two small children ages two and three years of age. When the family member opened the children’s bedroom door, he found the suspect, Mr. Stanley in the room with the children nude from the waist down.

As for Stanley, he was taken to hospital and then booked on two counts of indecent liberties and one count of domestic assault. Police confirmed that additional charges are pending, while the two children have been hospitalized for an evaluation.

The incident currently remains under investigation. The father hasn’t been charged.

I can’t imagine what I’d do if I found someone half naked in my children’s bedroom.

Share this article on Facebook if you think Stanley deserves to be punished to the full extent of the law.