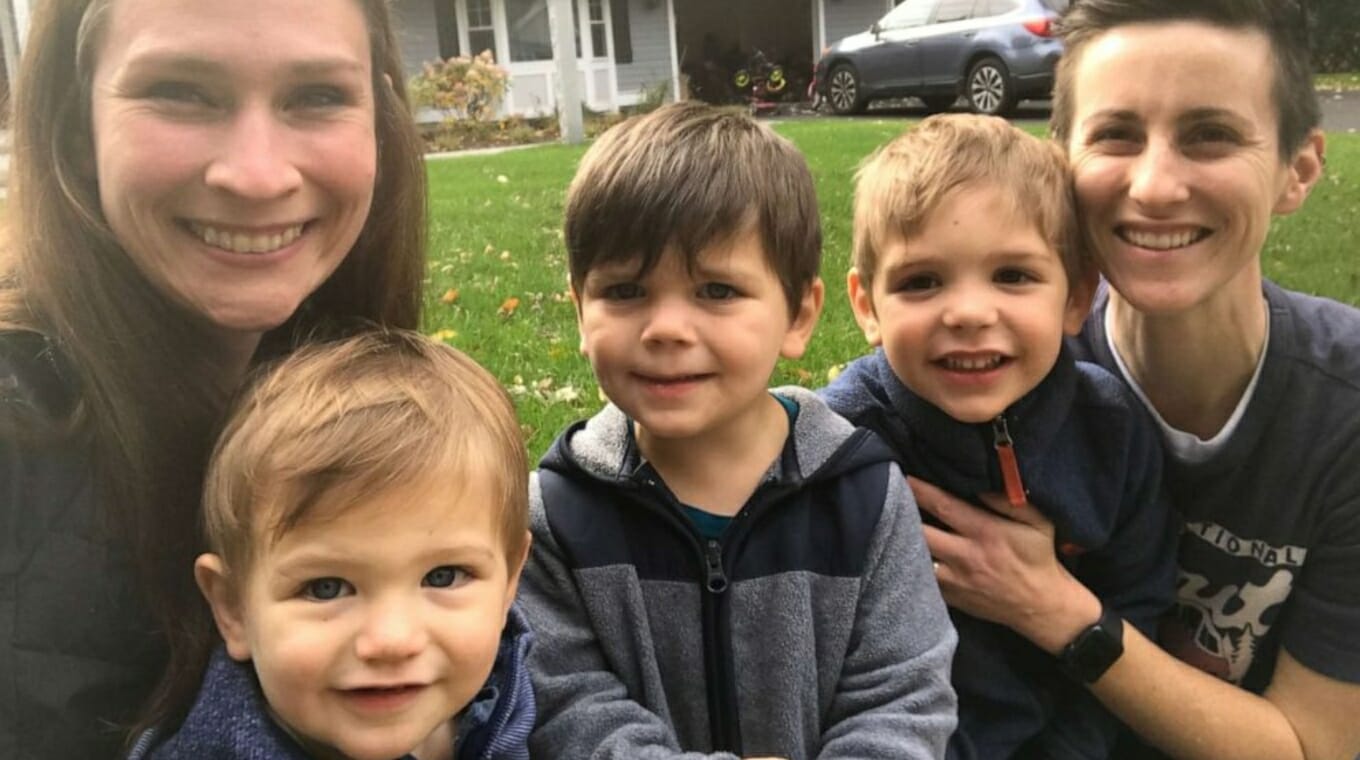 When I look back on my childhood, I remember only safety and love. From birth I was made aware of the fact that I was in a family who doted on me and wanted the absolute best.

Unfortunately, not all children have such security. Some grow up in shelters and adoption homes, no knowing the joys of a real family to call their own.

Fortunately, three brothers will know exactly that this Christmas, having been adopted by KC and Lena Currie of Sudbury, Massachusetts.

On November 23 of this year – coincidentally National Adoption Day – Joey, 3, Logan, 2, and Noah, 1, who are biological brothers, got to settle into their new forever home together.

KC and Lena’s journey in adoptive parenthood began one year ago, when they legally adopted Joey (who was two at the time).

As per Good Morning America, KC and Lena first spotted Joey at an event sponsored by Children’s Friend.

“We saw a picture of Joey and Children’s Friend mentioned [it] would be a good match,” Lena explained. “He was 18 months old at the time.”

They ended up adopting little Joey in March. But that was just the beginning.

The Curries soon received a call from Children’s Friend telling that Joey had a 6-week-old brother, Noah, who needed a home too.

KC and Lena took no time at all to say yes, only to then learn that there was a third brother, Logan, whose adoption into another family had fallen through. The Curries took that as a sign that someone was trying to tell them something.

Just one month after letting Noah into their home, Logan, too, joined his brothers.

“It was our gut feeling,” KC told GMA. “We were going to end up saying yes because keeping the brothers together was really important to us. When they’re older and have questions, they’ll have each other to lean on and experience that ride together.”

Of course, becoming parents to three kids under the age of 4 has been no walk in the park, but KC and Lena have done a remarkable thing in accepting responsibility for these brothers.

Not only will Joey, Logan, and Noah now grow up together, but they’ll benefit from the immeasurable gift of being in a loving family.

“It’s the first year and first holiday where it’s all permanent and true,” Lena said.

“Now we can start dreaming about grade school, sports, and all those fun things,” added KC.

Wow, what an inspiring story! And certainly one that’s bringing tears to my eyes.

Share this story if you want to wish all the children of the world a happy Christmas and a safe future.