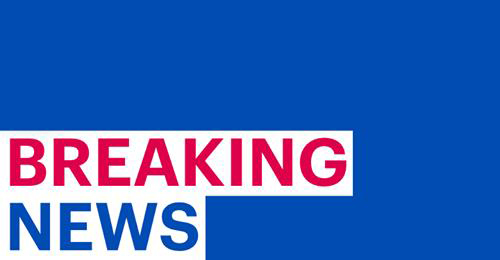 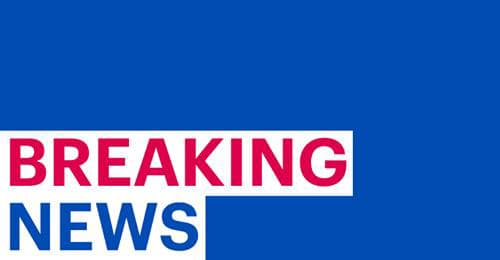 Canadian health officials have confirmed on Saturday the first two cases of a more contagious COVID-19 mutant strain that was first detected in the United Kingdom and has now spread to Denmark, Belgium, Australia, Holland, and other countries.

The announcement was made on Saturday by Dr. Barbara Yaffe, the associate chief medical officer of health for the Province of Ontario, the most populous in the country.

Yaffe said that the first two cases detected in Canada are a couple from Durham, Ontario, just outside of Toronto.

The couple has no known travel history, exposure or high-risk contacts.

Both individuals have been informed and are now in self-isolation as per public health protocols, according to Yaffe.

This further reinforces the need for Ontarians to stay home as much as possible and continue to follow all public health advice, including the provincewide shutdown measures beginning today,’ said Yaffe.

‘Durham Region Health Department has conducted case and contact investigation and Ontario is working in collaboration with our federal counterparts at the Public Health Agency of Canada.’

Health officials in Canada say that modelling and epidemiological studies suggest that the COVID-19 variant first identified in the UK can spread easier and faster, but there is no evidence that it is more likely to cause severe illness.

There is also no evidence to suggest that the vaccines approved by the Canadian government will be any less effective against the new variant.

The Canadian government on Wednesday announced that it was extending until at least January 6 a travel ban on incoming British nationals due to the spread of the new variant strain.

Authorities in Ottawa also announced that they were expanding enhanced screening and monitoring measures to travelers arriving from South Africa, citing the rise of the more infectious variant.

South Africa has detected a virus mutation in some infected people, but on Friday denied British claims that its strain was more infectious or dangerous than the one originating in the UK.

South Africa’s normally joyful and lively Christmas celebrations have been dampened by the spike in new cases and deaths driven by the country’s variant of COVID-19.

A record number of 14,305 news cases have been confirmed in the past 24 hours, and with no sign of South Africa reaching a peak, threatening the country’s health systems, experts said.

South Africa has a cumulative total of 968,563 confirmed cases, including 25,983 deaths, by far the most cases in all of Africa.

Africa’s 54 countries, representing 1.3 billion people, have together reported more than 2.59 million cases, including more than 61,000 deaths, according to figures released Friday by the African Centers for Disease Control and Prevention.

Sweden and Spain on Saturday announced that they have recorded their first cases of the new highly-infections UK variant of coronavirus despite a travel ban amid fears the countries’ case and death counts could soar.

Madrid’s regional government announced today that four cases had been detected involving people who had recently arrived from the UK or had close contact with someone who had.

Swedish health authorities announced a ‘first isolated case’ of the new virus, saying the sufferer had ‘traveled from the United Kingdom’ but insisted the risk of spreading was low.

On Friday, French officials had said a Frenchman living in Britain had tested positive after arriving from London, adding that he was not showing symptoms and was isolating.

While more than 50 countries have imposed travel restrictions on the UK, the United States has lifted its ban on Britons entering the country.

Earlier on Saturday, an American doctor said a new CDC rule requiring all passengers arriving from the UK to test negative to COVID-19 will do little to stop Britain’s new mutation of the virus from spreading in the US.

Earlier this week, the CDC announced that from this coming Tuesday all of those who land in the US from Britain must have received a negative COVID test within 72 hours before boarding their flight.

The requirement was put in place amid confirmation of a new strain of the virus that is spreading quickly in Britain.

The mutation – known among medics as ‘Virus Under Investigation-202012/01’ –  is said to be 70 percent more infectious and has led to many countries quickly closing their borders to Britain.

However, the CDC hopes their new testing rules can stop the mutant strain from arriving in the US – but many doctors are not convinced.

‘It makes sense that for any place that’s experiencing a regional spike in cases that we put new measures in place,’ Dr. Richina Bicette, medical director at Houston’s Baylor College of Medicine.

‘But if they’re trying to make sure that the virus isn’t imported to the United States, these measures are going to have no effect on that whatsoever.’

She added: ‘The CDC requirements don’t take place until Monday,’ she said. ‘Until that time, there have been thousands, if not hundreds of thousands of people that have traveled into the U.S. from the U.K. So there’s a high probability that the new variant is already in the United States and we just don’t know.’

Their decision marked a turnaround after the Trump administration told US airlines on Tuesday it was not planning to require any testing for arriving UK passengers.

Passengers can take either a PCR or Antigen test and show their results and are required to required to provide documentation either digitally or in hard copy.

The CDC noted ‘viruses constantly change through mutation, and preliminary analysis in the UK suggests that this new variant may be up to 70% more transmissible than previously circulating variants.’

President Donald Trump in March suspended entry of nearly all foreign nationals who visited the United Kingdom in the past 14 days, which has reduced air travel to the U.S. from Britain by about 90%.

Under the new policy, passengers departing from the UK for the United States must provide written documentation of their laboratory test result (in hard copy or electronic) to the airline, the CDC said.

Airlines must confirm negative test results for all passengers before they board. If passengers choose not to take a test, the airline must deny boarding.

The CDC said the order will be signed on Friday and is effective Monday.

Last Monday, New York Gov. called it ‘reprehensible’ and ‘grossly negligent’ that the federal government isn’t acting to address the new strain of corona virus circulating in the UK.

Passengers arriving in  Virgin flights from the United Kingdom said they didn’t have to take a COVID test before boarding Tuesday.

They told DailyMail.com they were surprised at the lack of screening prior to boarding their flight, considering the emergence of the mutant strand.

Anatoly Grablevsky, 19, said airport officials in London Heathrow didn’t screen him with any pre-boarding questions about any symptoms he may have been suffering from or potential exposure.

‘They didn’t ask me anything,’ he said. ‘There was really nothing to that effect.

On Saturday, UK Prime Minister Boris Johnson announced that he would be locking down London and parts of southeast England due to a new strain of the coronavirus, which scientists say is 70 percent more transmissible than the original strain.

There is no evidence to suggest it’s more deadly.

Delta’s policy, expanded from its decision on Monday to require the screenings on UK flights to New York’s JFK Airport, is effective December 24, while United’s requirement begins December 28.

On Monday, the three airlines that fly from London to JFK Delta, British Airways and Virgin Atlantic – agreed to a request from New York Governor Andrew Cuomo that they screen passengers from Britain.

U.S. airlines have already drastically scaled back flying to the United Kingdom, as well as the rest of Europe.

The British Embassy in Washington did not immediately respond to a request for comment late on Thursday.

The US is by far the leading nation in COVID-19 cases as the number of infections globally topped 80 million.

The number of deaths related to the coronavirus pandemic across the globe stands at 1.75 million.

The US has reported 18.8 million infections, followed by India with 10.2 million and Brazil with 7.45 million.