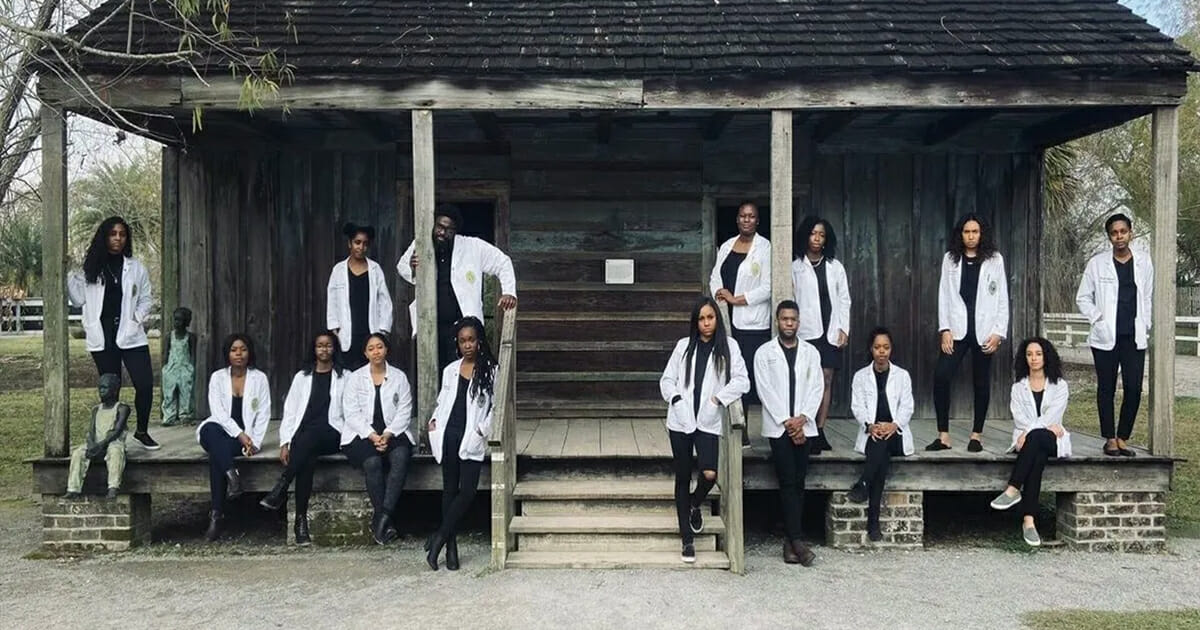 The history of the slave trade in the U.S. is one that has left deep wounds in the fabric of this nation’s culture.

Even after the country was founded nearly half of the nation’s states refused to outlaw slavery and even went to war over what they saw was a “right” to own Africans. For 250 years black people were enslaved, it’s a dominating and dark time in American history and should never be forgotten.

Embedded in this history is the symbol of the southern plantations, where black people were enslaved, tortured and beaten into submission; feelings toward these historic sites can divide people.

While tourists book tours to learn more about the barbaric history of these sites, others book celebratory parties and weddings there seeing them as a romantic destination to celebrate their happy occasion.

A recent photo of black students from the Tulane University School of Medicine standing in front of the Whitney Plantation’s slave quarters with the words: ” We are truly our ancestors’ wildest dreams,” has gone viral, prompting over 80,000 responses to this powerful image.

Advertising plantations, that were built on the backs of black slaves, as romantic wedding venues received a backlash recently when Color of Change successfully pressured Pinterest, the Knot, Zola, and other wedding planning websites to stop promoting them this way.

Now this image of 15 black medical students in their white lab coats standing in front of slave quarters brings this issue even more to the forefront and is getting all the support it deserves.

The photo shared by 24-year-old Sydney Labat, reads: “Standing in front of our slave quarters of our ancestors at The Whitney Plantation with our medical school classmates. We are truly our ancestors’ wildest dreams.”

The Whitney Plantation is a museum, based in Louisiana, devoted to telling the history of slavery in the Southern United States and does not host weddings. The museum is one of its kind in Louisiana and contains memorials built to honor the enslaved, according to its website.

It even stipulates on its website that: “Wedding and engagement photography is not permitted on the grounds.”

Russell J. Ledet who organized the trip to the museum told NPR that he hoped it inspired a new generation of African American children to aim high and know that greatness is achievable.

“We are aware of our position,” he said, “and what we mean to a whole lot of children. A whole lot of undergrads are hoping and praying to get an interview for medical school, or even somebody to just look at their application. We’re here as living proof that it’s possible. If we can do it, anybody can do it.”

“I hope this image will be posted in somebody’s classroom,” he said, “and some teacher will be able to say, ‘Every last one of those people up there is a practicing physician.’”

Sydney, who posted the photo, told NBC News: “Seeing that many black students in training in one photo was striking. In a place that was dedicated to our ancestors and their struggles,” she said. “We knew this photo was going to make people stop … and really think.”

The picture is an image of courage and success in the face of adversity. There are people alive today whose grandparents were slaves, the horrific stories are fresh in their minds.

‘Remain tied to our history and remain humble’

These medical students have faced many obstacles in their lives to get to where they are and should be honored for their achievements.

“We wanted to make sure that we remain tied to our history and remain humble, you know,” Russell told NPR, “and understand whose shoulders we’re climbing on—and pay homage.”

Please share so everyone can see this image and understand what it stands for. These students should be honored and serve as an inspiration. 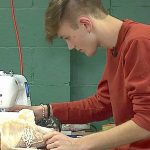 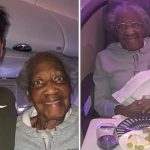