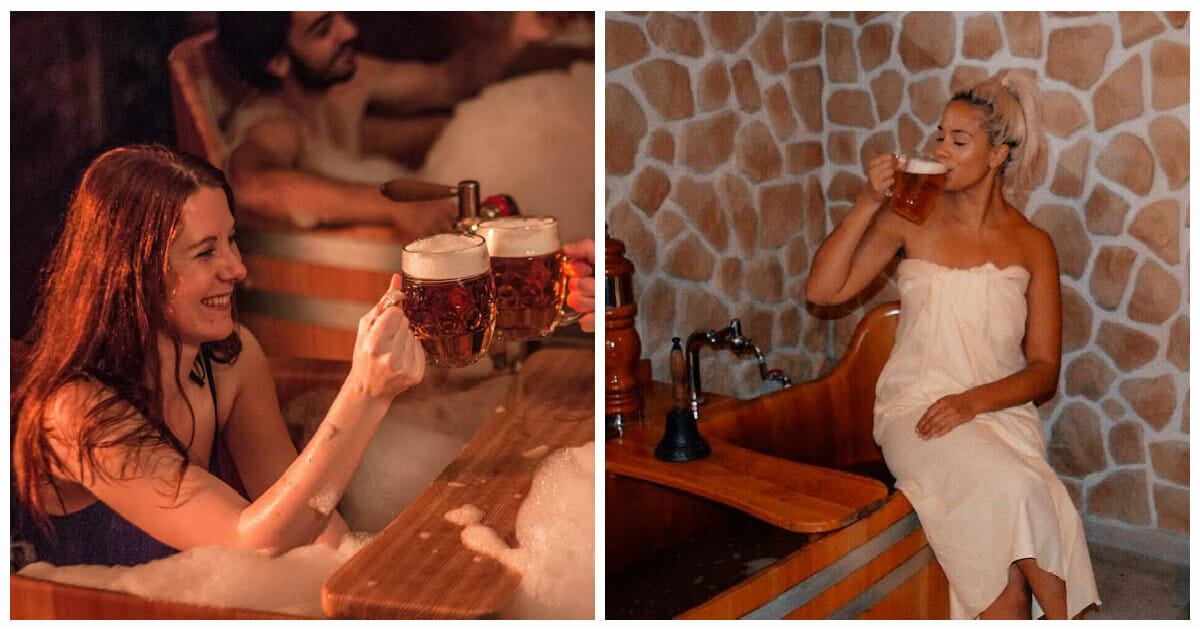 Anyone who’s gotten in on the shower beer trend knows there’s nothing more luxurious than combining everyone’s two favorite things: a hot relaxing shower and a cold tasty beer.

But if you really want to take things to the next level head to Prague, where you can go to a spa where you not only bathe with a beer, but in beer.

The Bernard Beer Spa offers a unique relaxation experience. You aren’t technically bathing in beer, but rather a beer-like mixture of hops, yeast, and other ingredients. No barley is added to the bath.

But you do get real beer to drink: you get unlimited Bernard beer on a personal tap as you bathe.

This isn’t some trendy new idea: the spa says that the practice of “beer spas” goes back to the 7th century BC, and was practiced by ancient Chinese and Egyptian cultures.

It’s endured for centuries thanks to its therapeutic values.

“Beer baths are a proven medical procedure from the Middle Ages, known to cleanse the pores, increase pulmonary circulation, regenerate skin and hair and revitalize the nervous system,” their site reads.

Visitors get an hour of bathtime in a private room. The tubs are built for two, perfect for relaxing with your significant other. (They’re about 350 liters, equal to 700 beers.)

The spa also offers “beer massages” and heated beds. And if that’s not enough beer for you, every guest leaves with a special souvenir bottle of Beer Bernard.

It all sounds like an amazing experience for beer lovers, so skip the usual dive bar and head to the Czech Republic! We’ve already booked our tickets!

Share this story with the beer buddies you want to take a spa day with!