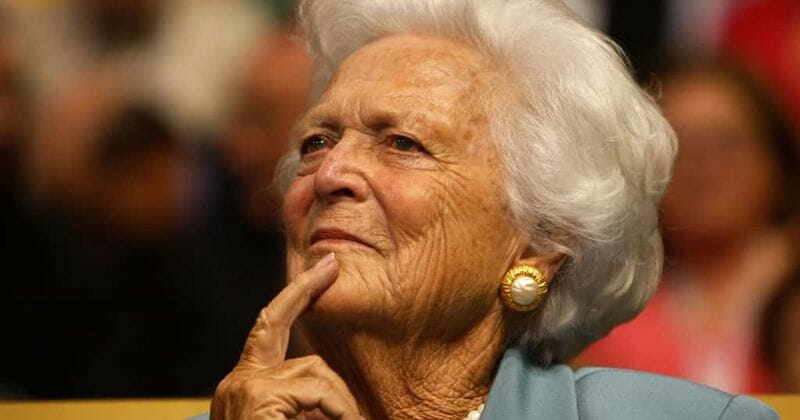 Christmas time is, for most of us, a time to enjoy with family and close loved ones. It’s a time to celebrate life with gifts and blessings, revelling in the joy this holiday season brings.

As with most things, the importance of giving at Christmas only increases as we get older. It’s why grandparents are some of the best gift-givers around, and why great grandparents are possibly even better.

Which is why the fact that former first lady Barbara Bush thought well ahead of time to ensure her great-grandkids got something from her for Christmas is no real surprise. She might never have personally got to make memories with them, but they’ll still have things to remember her by.

As per PEOPLE Magazine, Barbara Bush, who passed away on April 17, 2018, sewed Christmas stockings for the great-grandchildren she knew she’d never get to meet.

Barbara’s granddaughter, Jenna Bush Hager, explained how her grandmother embroidered stockings before her death in order to be “reserves” for the Bush children who grew up after she’d left the world.

Hager said it was a surprise to learn about the stockings, but it just goes to show how thoughtful and family-orientated Barbara really was.

“I found out I was pregnant the week after my grandfather died,” she said. “And I lost my three living grandparents in one year.”

Jenna’s son, Hal, is the first bush baby who won’t get to meet Barbara and former president George H. W. Bush, who died around six months after his wife. “[Hal is] the first baby that won’t get to meet these people that were such an important part of my life,” Jenna explained.

“But, I will say, and this is such a beautiful thing — my grandmother, my dad’s mom, needlepointed a lot of stockings, reserves, for great-grandchildren that would be after she died.”

At the time, Jenna knew her grandmother was sewing stockings for the Bush children, but didn’t know Hal would get one too. “She tirelessly worked. And so my aunt just emailed me on Friday and said, ‘What address should I send Hal’s stocking to?’”

What a lovely story. I’ve always been a fan of Barbara Bush, so it’s no real surprise to me that she’d do something so kind and thoughtful.

Share this article on Facebook if you think love is the most powerful force in the world. 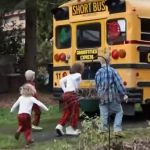 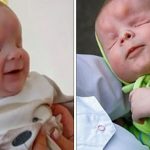