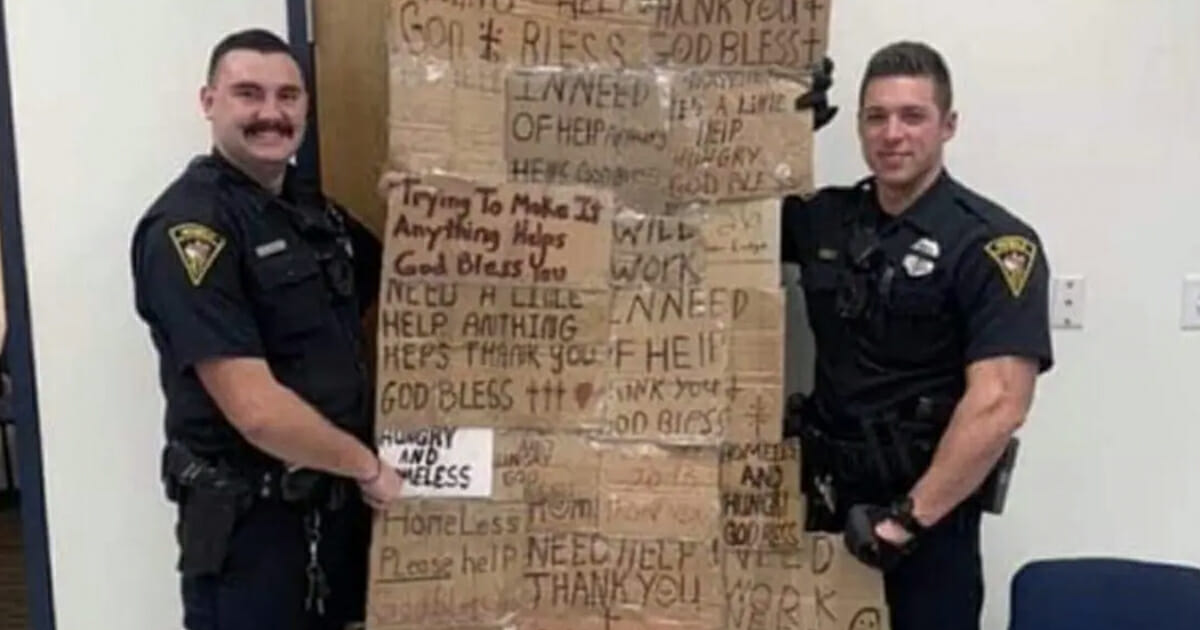 Mocking or making light of the struggles homeless people face each and every day will never be acceptable in my book.

After all, many people sleeping on the streets do so because their lives have spiralled out of control. This is the time when we should be actively trying to help them, not further put them down.

Even so, a police chief in Mobile, Alabama, has been forced to apologize after two of his officers shared a photo of a “homeless quilt” they’d made as a Christmas joke for their superior.

It’s said the ‘quilt’ was made from confiscated cardboard signs homeless people had used to ask for help.

“Wanna wish everybody in 4th precinct a Merry Christmas , especially our captain,” the post on a police officer’s profile read. “Hope you enjoy our homeless quilt!”

The post was eventually removed, but not before being screenshotted and shared on Twitter. Once there it attracted no end of comments, most of them taking aim at the officers for their ill-tasting joke.

As per Buzzfeed News, Mobile Police Department Chief Lawrence Battiste made a statement on Monday apologizing.

“As a police department entrusted with serving and protecting our community, we offer our sincerest apology for the insensitive gesture of a Facebook post by two of our officers where they are holding up a homeless ‘quilt,’ made of panhandling signs,” the statement reads.

“Although we do not condone panhandling and must enforce the city ordinances that limit panhandling, it is never our intent or desire as a police department to make light of those who find themselves in a homeless state. Rather, our position has always been to partner with our community service providers to help us help those faced with homelessness with hope to improve their quality of life.”

A spokesperson reportedly said that an internal investigation has been launched to determine whether the officers responsible will face punitive action or training.

I’m sure these officers were merely trying to make a joke, but they should have considered the bigger picture before doing so.

I can certainly see why there’s been such backlash, and can only hope that the men responsible learn their lesson.