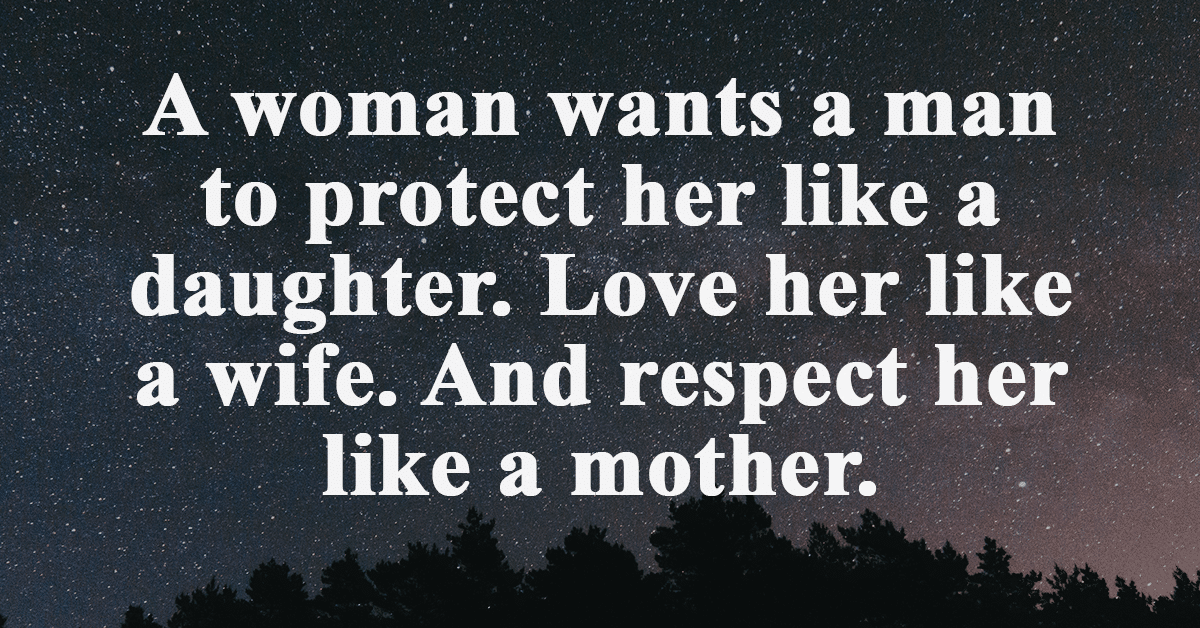 1. Respect is one of the greatest expressions of love.

2. A real man never hurts a woman. Be a real man and respect women.

3. If you don’t respect her, you obviously don’t deserve her.

5. Respect for women is one of the greatest gifts a father can show a son.

6. It’s a man’s job to respect women, but it’s a women’s job to give him something to respect.

7. A Woman brought you into this world, so you have no right to disrespect one.

8. A successful Woman is one who can build a firm foundation with the bricks others have thrown at her.

9. She is not just a housewife who cooks your meals and washes your clothes. She is a homemaker who holds together the family and makes sure that everything is as perfect as it can be once you get home.

10. Nothing is stronger than a woman who is fighting for what she believes in.

11. A woman’s strength cannot be seen with the naked eye. It can only be felt when times get rough and she is the only one left standing.

13. When she is happy, she is the wind that keeps me safe and comfortable. However, when she is mad, she is the storm that can destroy everything that is in her path.

14. Treat a woman right and you will be treated right in return.

15. Respect is earned, not given. Deserved, not inherited.

16. The most beautiful thing a woman can wear is confidence.