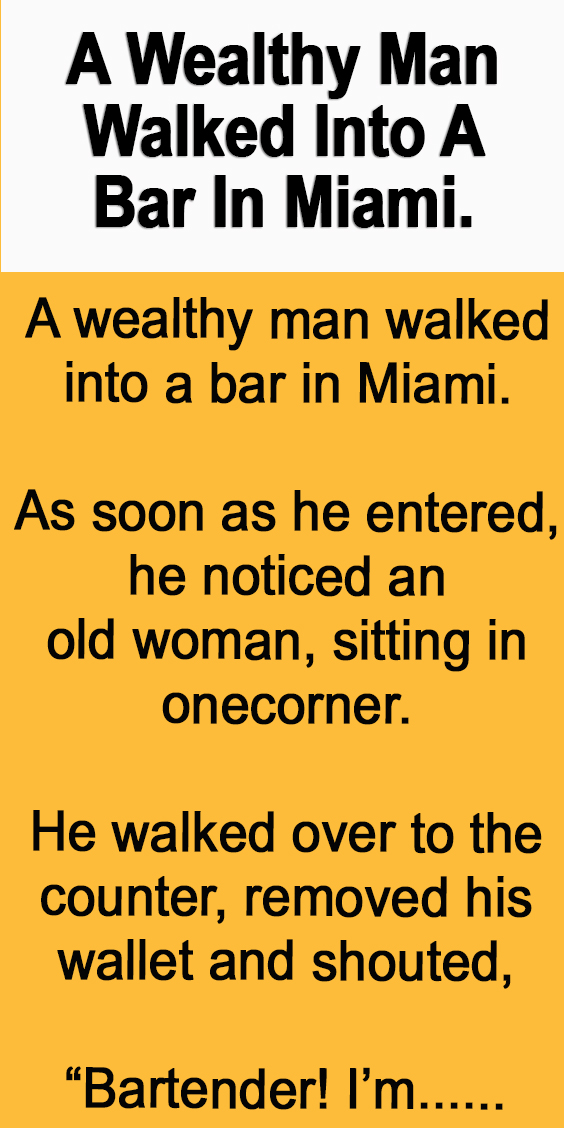 A Wealthy Man Walked Into A Bar In Miami. –

A wealthy man walked into a bar in Miami.

As soon as he entered, he noticed an old woman, sitting in one corner.

He walked over to the counter, removed his wallet and shouted,

“Bartender! I’m buying drinks for everyone in this bar, except that woman over there!”

The bartender collected the money and began serving free drinks to everyone in the bar, except the old woman.

Instead of becoming upset, the woman simply looked up at the guy and shouted,

This infuriated the wealthy guy.

So once again, he took out his wallet and shouted,

“Waiter! This time I am buying bottles of wine and additional food for everyone in this bar, except for that African sitting in the corner over there!”

The bartender collected the money from the man and began serving free food and wine to everyone in the bar except the old woman.

When the waiter finished serving the food and drinks, the Old woman simply smiled at the man and said, Thank you!”

That made him furious.

So he leaned over the counter and asked the bartender,

“What is wrong with that woman? I have bought food and drinks for everyone in this bar except for her, and instead of becoming angry, she just sits there, smiles at me and shouts

The bartender smiled at the wealthy man and said,

“No, she is not mad. She is the OWNER of this Restaurant .”