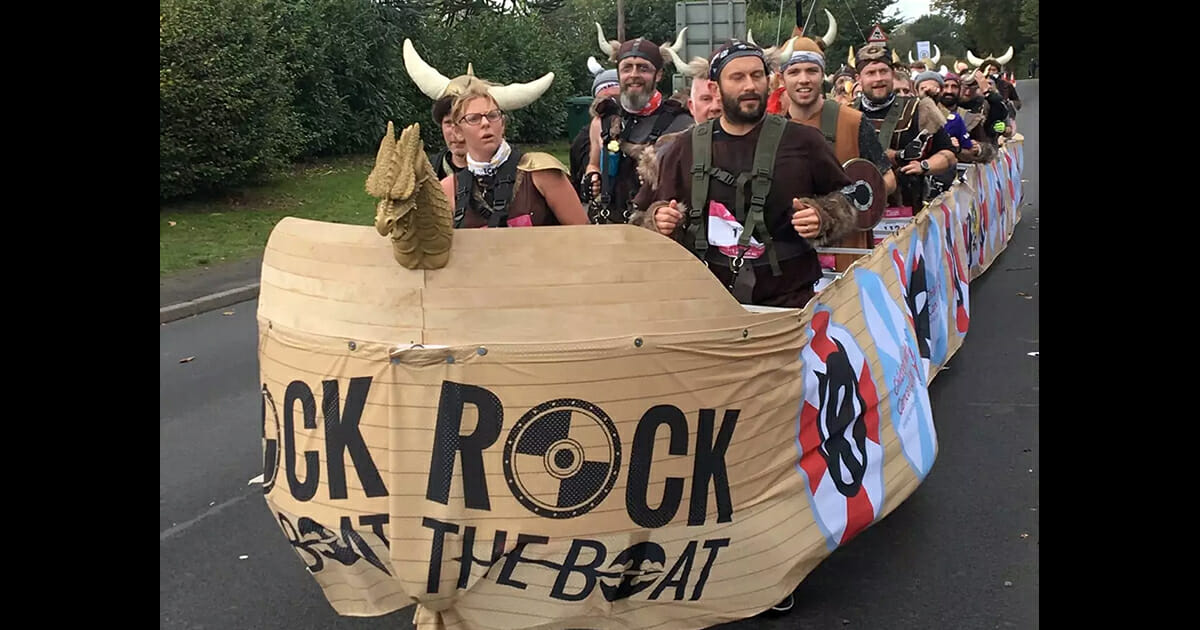 For most beer lovers, the idea of running a marathon isn’t one that sounds too appealing. Why run 26 miles when you can sit and drink 26 beers instead?

Well, a British Viking crew is aiming to combine the two things in an epic adventure that looks set to be worth raising your glass towards.

According to reports, the team runs marathons for charity, and it aiming to take on the world’s booziest marathon in Belgium this May. What’s more, you can do it with them.

It’s Rat Race Adventure Sports you’ll need to contact if you’re interested. Their plan is to break a world record throughout 2020 for the fastest marathon in a 40-person costume. The costume they’ve settled on is an 85-foot Viking longboat.

One of the races they’re set to take part in is the “Beer Lovers’ Marathon” in Liege, Belgium, which takes place on Sunday, May 17.

It could be argued (and will be by us, I might add) that the best part of this marathon is that instead of having water stations at regular intervals, there are 15 stations stocked with different types of Belgian beer.

Anyone interested in taking on the challenge with the crew above will have to commit to raising £500 ($653) for paediatric cancer charities, as well as be able to drink 15 beers during the race.

Founder of Rat Race, Jim Mee, said: “We’re aiming to raise £1 million for Children With Cancer UK through the endeavours of our hardy marathon marauders on board the good ship ‘The Million Squid’.

“We will set sail for new uncharted marathons, including world majors, whilst conquering a host of other unclaimed lands closer to home on the way.

“One of those destinations will be the Beer Lovers Marathon in Belgium, which will be a unique test of stamina!

“And with many UK marathons already sold out, we’re offering a particularly unique way of making it to the start line.”

Anyone wanting to get involved with what undoubtedly be mayhem and messy marauding in equal measures should get on over to the Marathon Marauders website here.