Home
Uncategorized
A Married Couple Is Driving Along A Highway. –

A married couple is driving along a highway doing 60km, with the wife behind the wheel.

Her husband suddenly looks over at her and says,

“Honey, I know we’ve been married for 20 years, but I want a divorce.”

The wife says nothing but slowly increases speed to 70km.

“I don’t want you to try to talk me out of it, because I’ve been having an affair with your best friend, and she’s a better lover than you are.”

Again the wife stays quiet but speeds up to 80kmh as her anger increases.

Again the wife speeds up to 90km.

but she just drives faster and faster.

“I want the bank accounts and all the credit cards”.

The wife finally gets to 110km.

“Is there anything else you want to admit to?” replies the wife.

“That was all a lie…. but at least now we’re doing the f*cking speed limit!”. 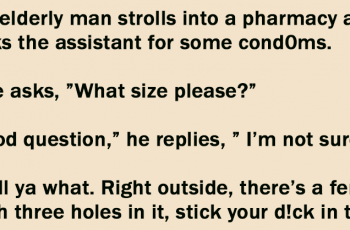 An elderly man strolls into a pharmacy and asks the … 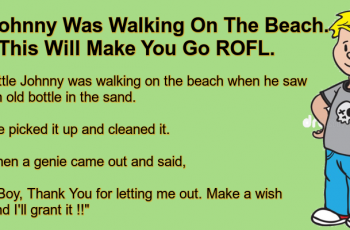 Little Johnny was walking on the beach when he …