Home
Uncategorized
A Man Was At Home Watching TV. –

One evening a man was at home watching TV and eating peanuts.

He’d toss them in the air, then catch them in his mouth.

In the middle of catching one, his wife asked a question, and as he turned to answer her, a peanut fell in his ear.

He tried and tried to dig it out but succeeded in only pushing it in deeper.

He called his wife for assistance, and after hours of trying they became worried and decided to go to the hospital.

As they were ready to go out the door, their daughter came home with her date.

After being informed of the problem, their daughter’s date said he could get the peanut out.

The young man told the father to sit down, then shoved two fingers up the father’s nose and told him to blowhard.

When the father blew, the peanut flew out.

The mother and daughter jumped and yelled for joy.

The young man insisted that it was nothing and the daughter brought the young man out to the kitchen for something to eat.

Once he was gone the mother turned to the father.

“That’s wonderful. Isn’t he smart? What do you think he’s going to be when he grows older?!”

“From the smell of his fingers, our son-in-law!” 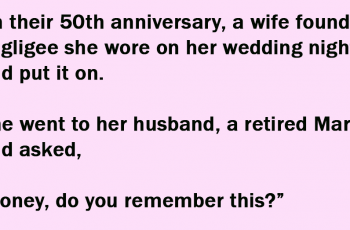 What Follows Next Will Make You Go ROFL. On their … 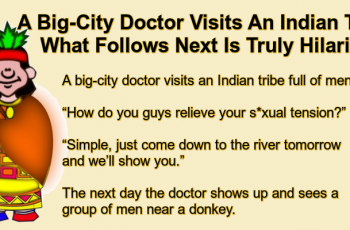 A big-city doctor visits an Indian tribe full of …