Home
Uncategorized
A Man Is At Work On The Day. –

However, on the same day, his incredibly hot secretary confesses her feelings and offers to have sex with him.

Because he had been stressed overwork, the man takes her up on her offer, and the two make love at a nearby hotel room.

They went at it so hard to the point that neither realized it was getting dark already.

“It’s my anniversary and my wife is going to kill me if I get home really late! Worse if she even finds out!”

And so the man hurried back home, leaving his secretary in the hotel room.

On his way home, he takes off his shoes and runs them through a couple of shrubs and some grass.

He gets home, and his wife was waiting at the door for him, furious like never before.

“Now, honey, I know you’re mad that I got home late, but the reason this happened was that I was having sex with my hot secretary from work all day long. I promise,” the man explained.

Seeing his shoes covered in dirt and grass, the wife yelled,

“YOU LYING BASTARD! YOU’VE BEEN PLAYING GOLF HAVEN’T YOU?!” 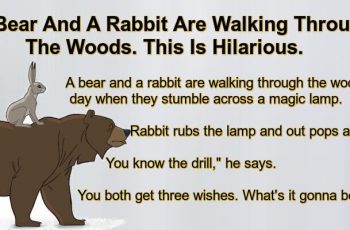 A bear and a rabbit are walking through the … 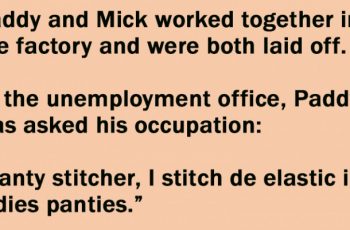 Ole and Sven are elderly friends who die in a …