Home
Entertainment
A Man And His Wife Went To The Zoo.

“A man and his wife went to the zoo.

They found a Monkey who was passionately playing with his female.

His wife said to him, “What a romantic animal.”

Then, they found a Lion and his Lioness separated from each other; the silent Lion sat alone in his corner as if the Lioness doesn’t exist. His wife said to him,

“What a sad scene without love.”

Her husband then said to her,

“Throw that stone at the Lioness and watch.”

When she threw the stone at the Lioness, the Lion roared to defend his Lioness, then she was asked to repeat it with the Monkey, the Monkey then jumped up and climbed the tree and abandoned his female to save his own skin.

Her husband then told her,

“Do not be deceived by what you see as romance in outward show, often times, it is a deceptive appearance just to hide an empty heart; there are others on the contrary who are relaxed, but their hearts are full of sincere love.” 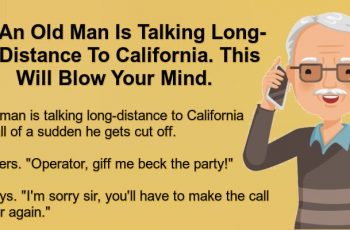 An old man is talking long-distance to California when all … 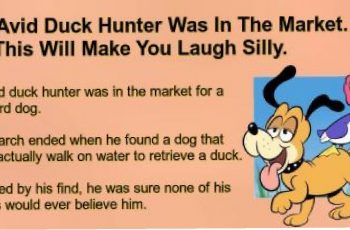 An avid duck hunter was in the market for a …