Home
Uncategorized
A King Wanted To Improve The Mood Of His Favourite Donkey. –

A king wanted to improve the mood of his favourite donkey, who was depressed,

So he put out a proclamation that he would pay anyone in the kingdom 200 gold pieces if they could make his donkey happy.

Many tried, all failed.

Then a jester went in to see the donkey, and when he came out, the donkey was indeed happy – so happy in fact, that he was laughing heartily.

The jester got the gold, but a few days passed and the king couldn”t make the donkey stop laughing.

So he put out another proclamation saying he would pay 500 gold pieces to anyone who could make the donkey stop.

The jester returned, went in to see the donkey for a few seconds, and when he came out, the donkey was crying.

The king asked the jester how he did it.

The jester said, “I will tell you for another 200 gold pieces.”

When the jester had received his gold, he revealed,

“On my first visit, I told the donkey that my d!ck was bigger than his. This time I showed him.” 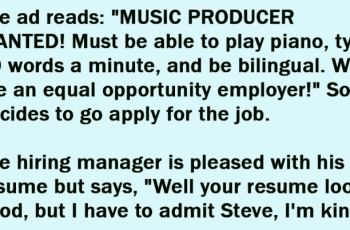 Steve sees an ad for hiring a music producer. The … 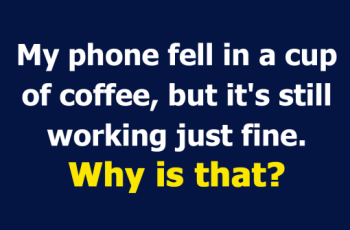 It’s fun to challenge ourselves, learn new skills, and put …