Home
Entertainment
A Dog Is Lost In The Jungle And Gets Chased By A Lion.

A Dog Is Lost In The Jungle And Gets Chased By A Lion.

Somehow a dog gets lost in an African jungle.

As he is finding his way a lion spots him.

The Lion thinks since the dog is so small he will be easy pray.

When the dog sees the lion he gets extremely scared and starts to run but he sees some bones and gets an idea.

As the lion approaches he says “Mmmm, that was some good lion.”

The Lion immediately realizes this dog is a lot tougher than he thought and runs off.

But there was a monkey in a tree watching the whole time.

As the lion and monkey find the dog, the dog spots them as well.

The dog begins to run but has another idea,

“Where is that monkey? I told him to bring me another Lion hours ago!” 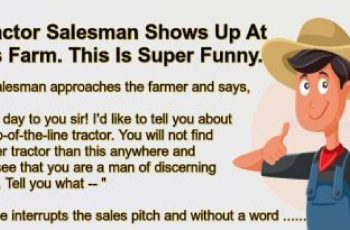 The salesman approaches the farmer and says, “Good day to … 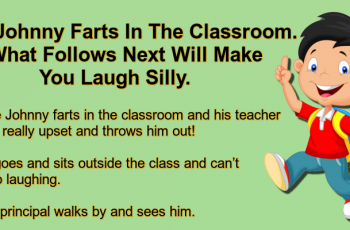 Little Johnny farts in the classroom and his teacher gets …