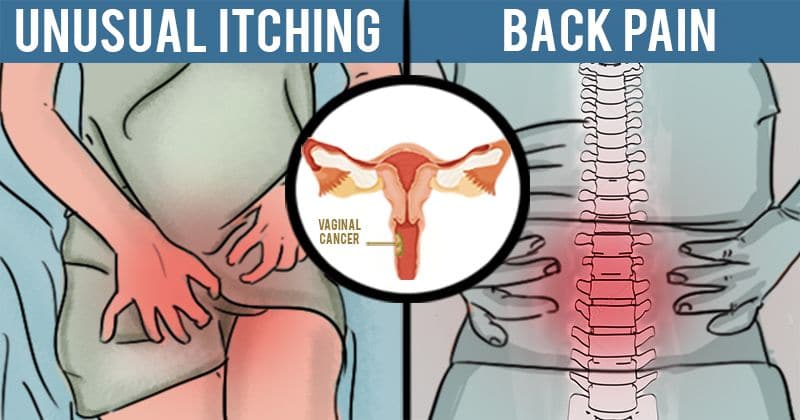 They are the kind of symptoms that you would dismiss for something else, which is why you need to be more aware of what to look out for. Every now and then you might get a message or come across an article that touches upon breast cancer, almost making it seem like it’s the only form of cancer that women should worry about. But other cancers like vaginal cancer can also develop and there’s no telling who it might affect or when it might arise. That’s why it’s important to keep the symptoms in mind so that you don’t dismiss it as something else. Note that vaginal cancer is actually more common than cancers that begin in other parts like cervix, uterus or bladder, according to cancer.org.

What are the different types of vaginal cancer?

The main type of vaginal cancer is known as squamous cell carcinoma – 90 percent of vaginal cancers are of this type. They begin in the squamous cells, which form the vagina’s epithelial lining, and it typically arises in the top parts of the vagina. When this type of cancer is left unnoticed or untreated, it can spread deeper into the vaginal wall and affect nearby tissues. If the spreading gets severe, it can also affect your liver, bones, and lungs.

Another type of vaginal cancer is adenocarcinoma, which starts at the adenocarcinomas gland cells. Women who have crossed the age of 50 are more likely to be affected by this. Younger women might experience clear cell adenocarcinoma which is another type; its risk increases with exposure to diethylstilbestrol (DES) while in the mother’s womb.

Some of the rarer vaginal cancers are Melanoma and Sarcoma. The former typically arises on parts of your body that are exposed to the sun and can appear on the lower or outer part of your vagina. The latter typically starts forming deep inside the walls of your vagina.

What are some of the symptoms of vaginal cancer?

Being alert to what’s happening to your body and understanding that it could be the onset of cancer can help in curing it. Here are some of the common signs that point towards vaginal cancer:

Noticing that you have been having some unusual, watery discharge from your vagina could be one of the symptoms of vaginal cancer. This could also be a symptom for other gynecological cancers like cervical cancer, ovarian cancer or uterine cancer. Although many women generally notice vaginal discharge and it could be due to other reasons, if it occurs unusually, it is worth some attention.

No matter what your age is, if you notice some kind of unusual bleeding that is not connected to your menstrual cycle, it is best to get it checked. One of the main symptoms of vaginal cancer is abnormal bleeding. Noticing that you are undergoing bleeding even after you have crossed menopause could be a sign; having bleeding between your periods or experiencing longer or heavier bleeding could be other signs.

If you notice that you have been feeling pain or some kind of unusual discomfort during sexual intercourse, it could be one of the symptoms of vaginal cancer. You are likely to notice this pain in your pelvic area during sex.

One of the symptoms that you might experience during later stages of vaginal cancer is pain in your pelvic region. This generally happens when the cancer starts spreading to other regions. You might feel aches or severe pressure in your pelvic region or in your abdomen beneath your navel.

5. Lumps in your vagina

Feeling a lump or a mass in your vagina could be due to a number of reasons, including vaginal cancer. Sometimes it might be a vaginal cyst, however, only your doctor will be able to tell you the cause of it. If you feel a lump in your vagina, make sure to get it checked.

A number of factors like urinary tract infection or even consuming caffeinated beverages could make you feel like you need to urinate more frequently. However, it is also a symptom of vaginal cancer. Along with wanting to urinate more frequently, you might also experience pain while you urinate or notice a bit of blood in your urine. If not in your urine, you might notice a few drops of blood on your underwear or when you wipe yourself after you urinate.

As the cancer starts spreading and becomes more advanced, the pain might also spread along with it. You might start experiencing back pain along with the other symptoms.

The effect that vaginal cancer has can also cause changes to your urination and your bowel movements. During later stages of vaginal cancer, you might experience chronic constipation, black or tarry stools, or that you don’t feel like your bowel is empty even after your trip to the bathroom.

Another symptom that tends to arise at the more advanced stage of vaginal cancer is swelling, and it most likely occurs in your legs.

Who is at risk?

One of the main factors that could lead to developing vaginal cancer is having human papillomavirus (HPV). It was reported by cancer.net that 75 percent of vaginal cancers (detected from 2008 to 2012) were a result of HPV. Other medical conditions that weaken your immune system and make it hard for your body to protect itself from issues (like HIV) can also add to your risk of vaginal cancer, according to cdc.gov. Habits like smoking or experiencing or previously having cervical precancer or cervical cancer could also increase your risk. A pre-cancer is where some cells look abnormal, are not cancer yet, but could form cancer over time. Vaginal intraepithelial neoplasia – or VAIN – means that the changed cells are only found in the innermost surface layer of the vagina. VAIN is more common in women who have had their uterus removed (hysterectomy) and in those who were treated for cervical cancer or pre-cancer in the past. 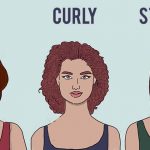 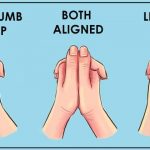