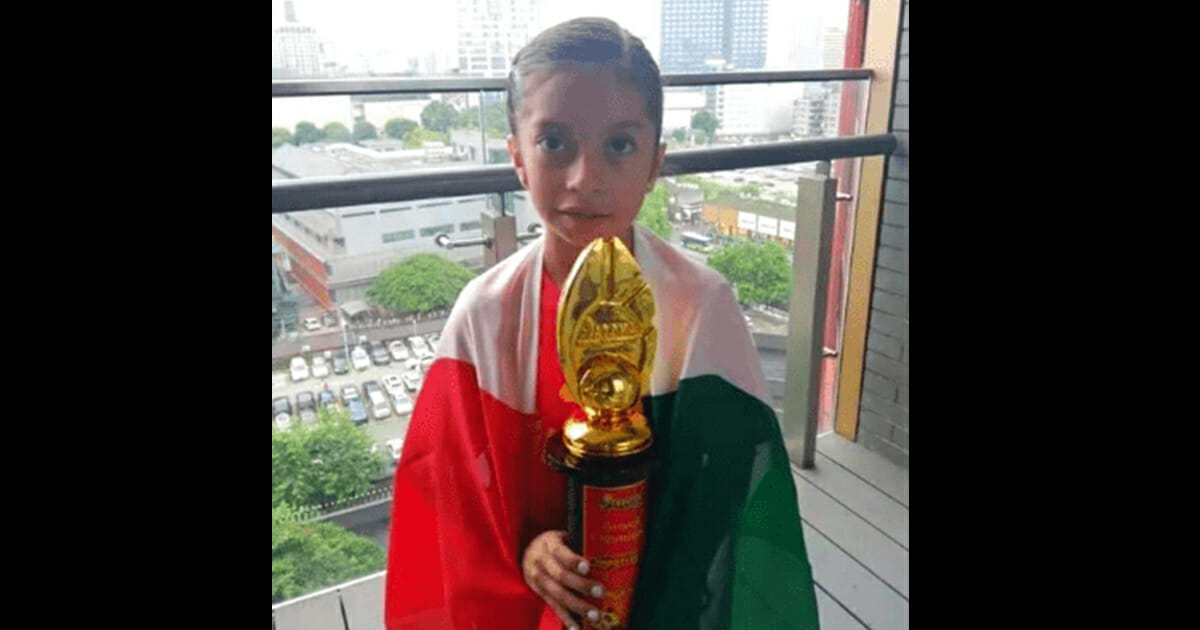 The subject of math never fails to inspire groans from the mouths of both children and adults.

To be good at this tough subject, which perhaps gets the worst wrap out of them all, is something to be admired.

But now an 8-year-old girl from Mexico is inspiring young minds across the world after achieving something that has left adults scratching their heads in disbelief.

The mini genius, originally from Tampico, Tamaulipas, Zury, achieved the amazing mathematical feat at the competition, held in China, without using a calculator.

She solved all the problems with the correct solution and her epic achievement also earned her a Grand Champion award, reports The Epoch Times.

In a YouTube video of Zury’s return from the championship, family and friends greet her at the airport chanting “Zury, Zury, ra, ra, ra” and her proud father lifts her into the air and gives her a big hug.

The child genius told reporters that she was “very happy and proud” to win the Grand Champion.

When asked about his daughter’s amazing achievement, Zuri’s father said he was very happy and proud of her and added they have supported her throughout the process, Upworthy reports.

This girl is such an inspiration to all youngsters, especially those who love math and should be proud of their skills.

Please share to congratulate Zury Tlapanco Reyes on her amazing achievement and wish her more success in the future.