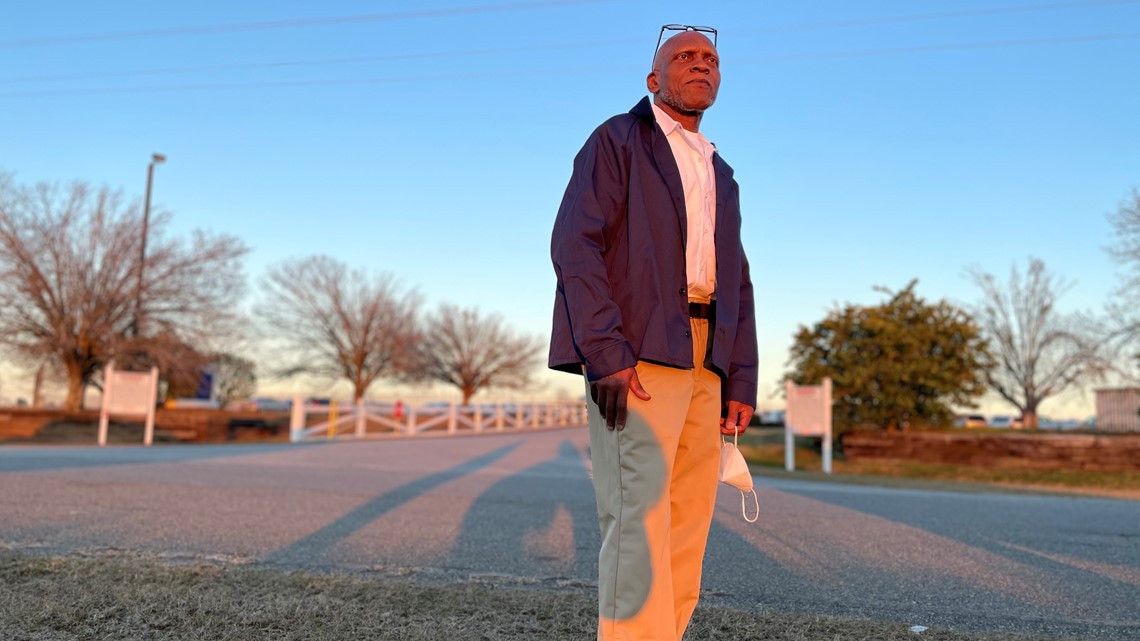 As part of their investigation, police found gloves at the crime scene that appeared to be the same as those worn by the city employee that the complaints had been made against. According to the GIP, the employee was eventually suspended and fired for misconduct.

Under immense pressure by the community to solve the crimes, authorities focused their attention on Terry Talley, who, at that point, was 23-years-old. Talley was arrested by police on July 21, 1981, after he admitted to offering to pay a woman for sex three months earlier.

According to police, on July 21, the woman had told investigators that in April, a man had knocked on her door, offered her money, then took her arm as he tried to speak to her. He allegedly saw her child in the home and left without incident. They said she recognized the man after seeing him again on July 21, and identified him as Talley.

The initial charge against Talley was simple battery.

The GIP said there was no evidence linking Talley to the five violent crime scenes. Despite this, lead detectives from the LaGrange Police Department and the Georgia Bureau of Investigation put Talley in photographic and in-person line-ups.

Victims and neighbors who lived near the crime scenes were brought in, one-by-one, within minutes of each other, according to the release, and each of them identified Talley, though nearly all of them had previously identified other suspects. The witnesses identified him with varying levels of confidence — some by his physical appearance, some by his voice, others by a process of elimination.

A short time later, Talley was charged with the five violent sexual assault cases along with the attempt to pay for sex.

“How does an innocent Black man get convicted of a series of brutally violent crimes that he did not commit?” asked Clair Gilbert, executive director of the Georgia Innocence Project.  “The answer lies in the power of unreliable eyewitness identification, a blinding determination by the State to convict, and systemic racial bias. Add to that, an under-resourced public defender system, set in the 1980s Deep South, and you have an infallible recipe for wrongful conviction.” 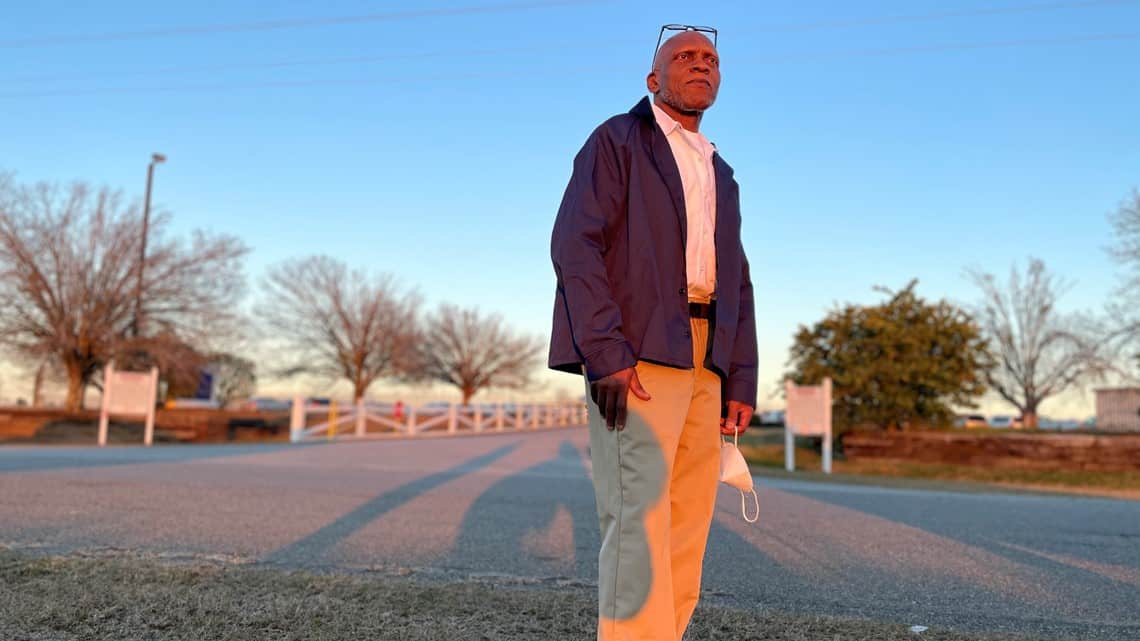 The GIP pointed out that Talley’s defense lawyers were never told about the complaints, nor the subsequent investigation or termination of the city employee. In addition, the release said, police investigating the five sexual assaults never included that person in any eyewitness identification procedures for the victims or witnesses.

The release said that Talley denied any role in the five sexual assault cases. Three months following his arrest, Talley went to trial for the April 19 sexual assault.

That first trial, the GIP said, lasted one day, from jury selection to verdict. The key evidence, they said, was the victim’s confidence that Talley was the assailant, even though she could not identify him in photos as he sat nearby in court. Police bolstered her credibility, they said, by testifying that she had never attempted to identify anyone before Talley, and they had no reason to doubt her identification of Talley.

However, the release said, police did not disclose that the victim had tentatively identified a different suspect prior to the trial, and that she had a blood-alcohol level of .34 at the time of the incident.

Under Georgia law, someone with a blood-alcohol level of .08 or above would be considered legally impaired. According to data from the University of Notre Dame, someone with that concentration of alcohol in their bloodstream would be beyond a state of total mental confusion and well into a state of alcohol poisoning.

Despite this information, the jury convicted Talley of violent sexual assault, and he was sentenced to life in prison.

The following day, Talley was tried for the June 24 sexual assault. According to the release, the victim said she was violently attacked from behind in a church basement and could not identify the attacker by face.

They said the victim described her attacker as having a “Negro smell” and a medium build with “good diction.” Police said the victim had tentatively identified Talley at the police station by his voice. During the lineup, Talley was asked to say different words than the other people in the lineup.

Investigators said that white neighbors had identified Talley a man they had seen looking for yard work in the neighborhood where the attack had occurred. Based on those identifications, Talley was convicted and once again, sentenced to life in prison.

Already facing two consecutive life prison terms, the release said, Talley pleaded guilty to the remaining charges. He has been in prison since then, though he has maintained his innocence.

The Georgia Innocence Project said they agreed to examine Talley’s cases in 2004.

In 2008, the Project said they filed a motion for post-conviction testing and analysis of DNA collected from the rape kit in the June 24, 1981 case, in which the victim identified Talley by his voice. In 2009, the GIP said, DNA testing excluded Talley as the source of the DNA collected, which proved that he did not commit the crime in that particular case.

A Troup County Superior Court Judge overturned that conviction in February 2013. However, the underlying indictment was never dismissed, and the charge remained pending. In addition, the four other convictions remained intact, as did the conviction and 10-year sentence for the attempt to pay for sex.

Over the course of 2018 and 2019, the Georgia Innocence Project, together with the LaGrange Police Department, reviewed all six cases and related case files. 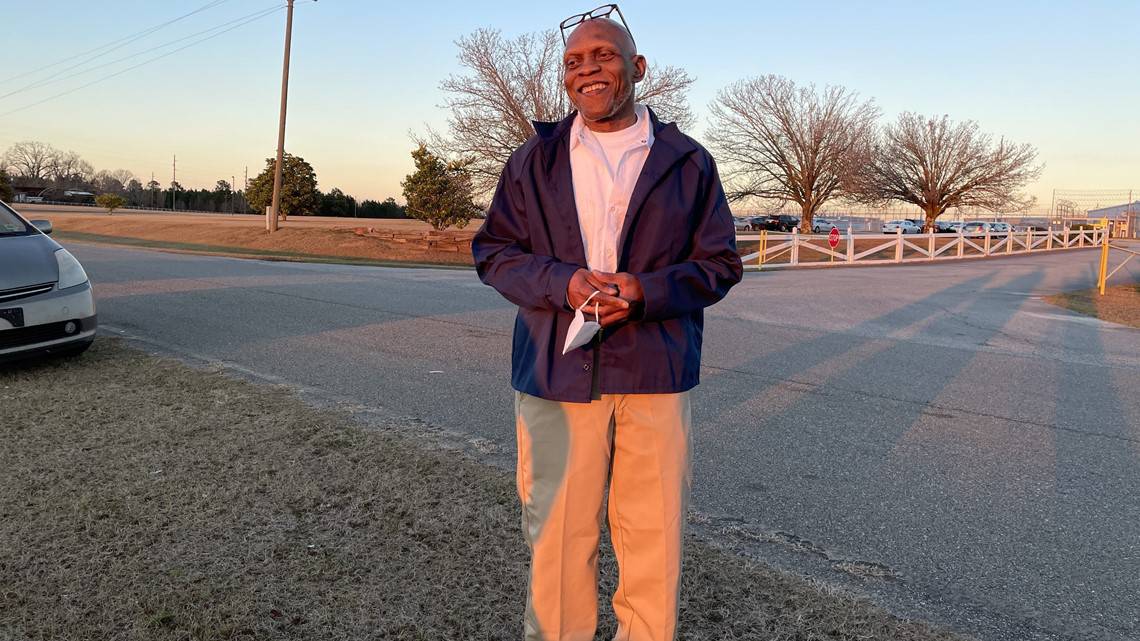 In fact, in 2017, the LaGrange Police Department  decided to reopen the entire investigation in an attempt to look for additional leads. During this evaluation it was learned a person of interest, initially believed to be deceased, was in fact still alive.

LaGrange Police said they reached out to the person – who was never fully investigated during the 1981 initial investigation – but he refused to provide a DNA sample or cooperate with the investigation.

The Georgia Innocence Project recently presented Talley’s case to District Attorney Cranford.  According to the release, Cranford agreed there was not enough evidence to support the convictions and that Talley’s continued incarceration would not be in the interest of justice.

While continuing to review the fifth of the sexual assault cases for possible exoneration, along with the attempt to pay for sex for a potential reduction of charges, Cranford joined the Georgia Innocence Project in securing the first four exonerations and Talley’s freedom on Feb. 23.

“Terry’s freedom is far too long overdue, but we are grateful that the LaGrange Police Department and District Attorney Cranford had the courage to take a hard look at the lack of evidence against him and act to try to right these historical wrongs,” said Georgia Innocence Project managing attorney Jennifer Whitfield. “Our fight for justice for Terry will continue until the last two cases are resolved.”

Scientific advances helped uncover Talley’s wrongful convictions and free him from prison. New DNA technology – not available in 1981 when Talley was convicted – proved Talley did not commit one of the violent sexual assaults in 2009 and provided the thread by which all the other cases unraveled.

In most old cases, however, remaining physical evidence cannot be tested because it has long since disappeared or been destroyed, as in all but one of Talley’s cases.

Modern advancements in the science and psychology of eyewitness identification and memory malleability also provide a lens through which to analyze older cases like Talley’s for potential wrongful convictions.

As for the person of interest that authorities are looking into, LaGrange Police said while working with the GIP regarding the additional facts they found, they obtained a warrant for DNA and fingerprints.

It wasn’t until Feb. 24 – one day after Talley was released – the LaGrange Police Department detectives executed the search warrant for the fingerprints and DNA samples from a person of interest. The DNA samples and fingerprints were delivered to the Georgia Bureau of Investigations Crime Laboratory for analysis. LaGrange Police said the investigation is pending the results of those tests. 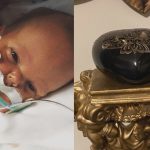 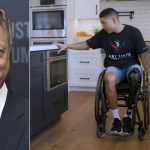