Home
Stories
3 Drunk Friends Get Into A Taxi


The driver thinks that they’re drunk af so they wouldn’t know anything. So he just starts the engine, drives 100 meters and stops like, “here you go boys. We have reached.”

The first guy says, “Wow. Time is fast jason. Isn’t it?” And gets off the car

The second guy goes like, “Andrew I don’t care. I need to pee. Just get off this car” and he gets his way out as well.

The third guy gives a look at the taxi driver, gets off the taxi and slaps the driver. The driver was shocked. Then he goes, “CONTROL YOUR SPEED NEXT TIME. YOU NEARLY KILLED US.”

There are some times where you just don’t give your wife lip, and if you don’t know what to say, you shouldn’t say anything at all. In this case, this man kept his regrets for a full week….read on… 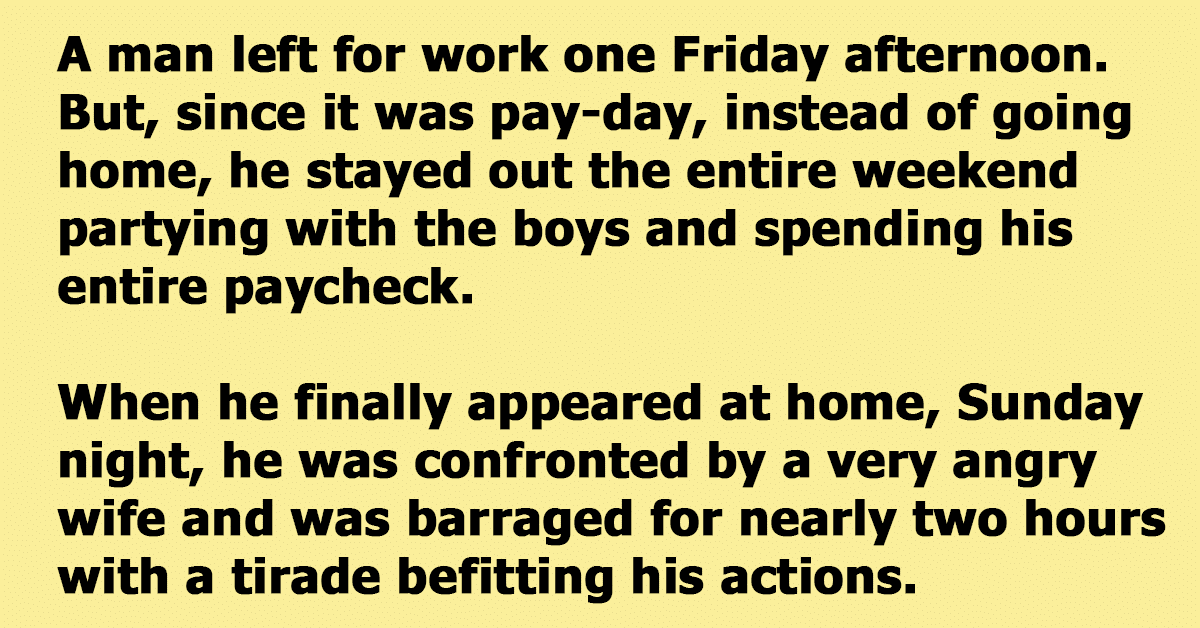 A man left for work one Friday afternoon. But, since it was pay-day, instead of going home, he stayed out the entire weekend partying with the boys and spending his entire paycheck.

When he finally appeared at home, Sunday night, he was confronted by a very angry wife and was barraged for nearly two hours with a tirade befitting his actions.

Finally his wife stopped the nagging and simply said to him. “How would you like it if you didn’t see me for two or three days?”
To which he replied. “That would be fine with me.”

Monday went by and he didn’t see his wife. Tuesday and Wednesday came and went with the same results.

Come Thursday, and the swelling went down just enough where he could see her a little out of the corner of his left eye. 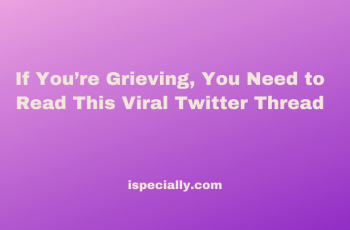 If You’re Grieving, You Need to Read This Viral Twitter … 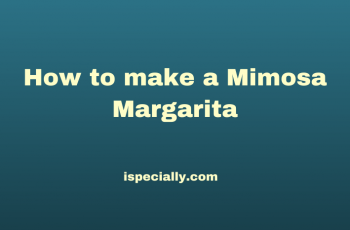