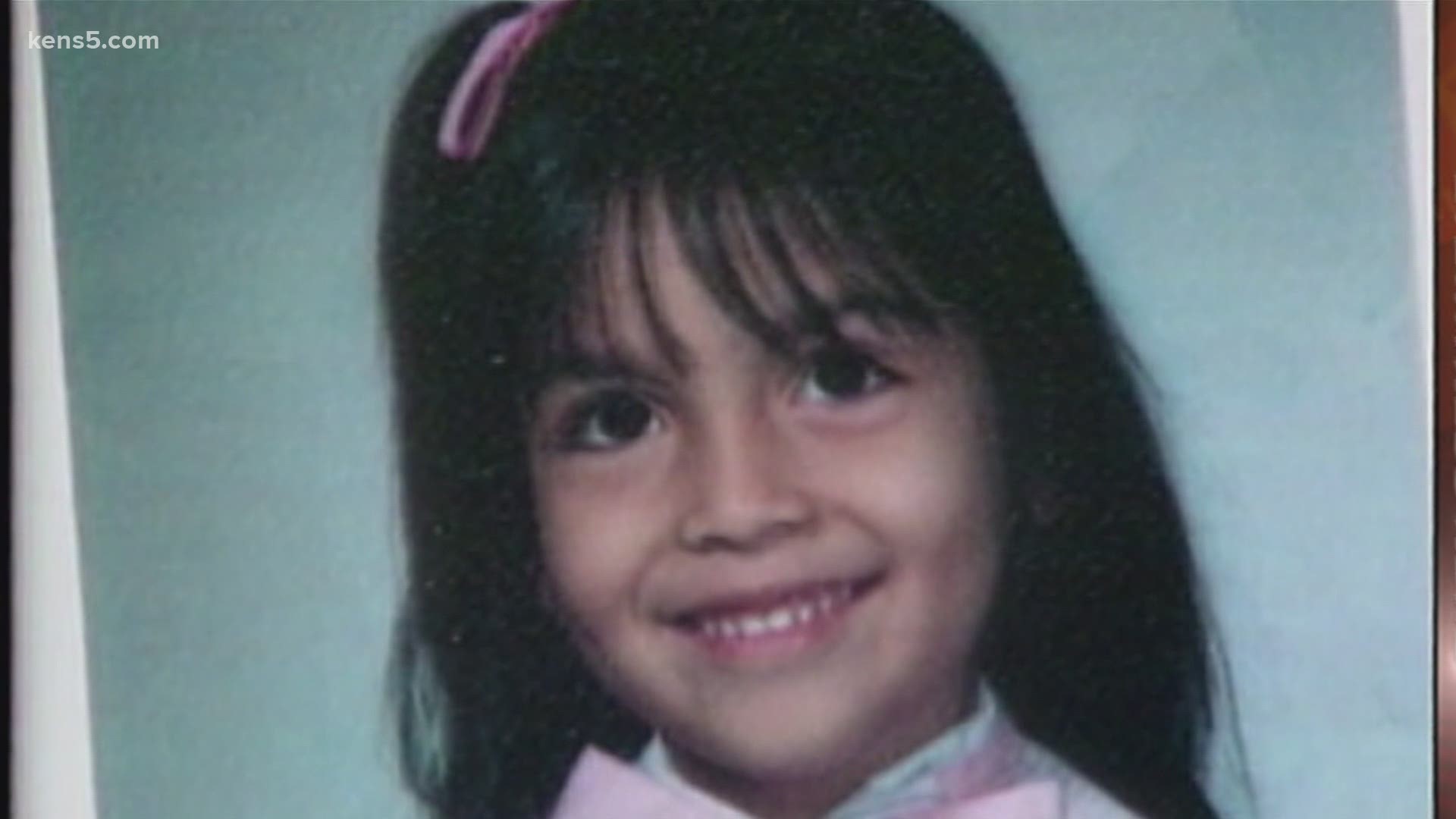 SAN ANTONIO — 33 years have passed since 8-year-old Jennifer Sue Delgado was stabbed to death while helping her mom wash clothes at a San Antonio laundromat. Now one of the little girl’s classmates at the time is hoping to establish a memorial at the site where she was killed.

Christopher Palmer thinks about his beloved classmate quite often.

“I remember this one red dress she had. It was like a – kind of like a Mexican-style dress and whenever I think of her, I think of that dress,” Palmer said.

But through the fonder memories lies one filled with confusion and grief.

“Unfortunately, another memory I have is just the day that I remember my parents turning on the news and hearing what happened and being so young I was eight, I knew she had passed away but at that age it didn’t really hit me,” Palmer said.

It was June 6, 1988, when Jennifer was helping her mother wash clothes at a laundromat on San Antonio’s west side.

Police say a man walked in to buy a soda, but when the vending didn’t work, he became angry and stabbed Jennifer and her mother. Both were rushed to the hospital where Jennifer died while her mother survived.

More than three decades later, no one has been arrested.

“Talking to her (Jennifer’s) mother, she didn’t know who the person was so it’s not like there was any kind of – anything against the family in particular – it was just I don’t know, what would cause someone to – you know they’re trying to get a soda from the vending machine, it doesn’t work. I’m just going to stab someone, what was going on in that person’s mind,” Palmer said.

The side of the unsolved murder is a credit union located at Westward and Westrock drives.

In 2001, Palmer and fellow classmates held a candlelight vigil there in honor of Jennifer.

He’s been working city council members in an effort to find some way to create a small memorial near where the laundromat used to be.

“If we can’t have closure finding the killer, this in a way just provides somewhat of a legacy that those who knew her and even those that don’t will know who she was,” Palmer said.

If the public has any information that could lead to an arrest in the murder of Jennifer Delgado, call Crime Stoppers at 210-224-7867.