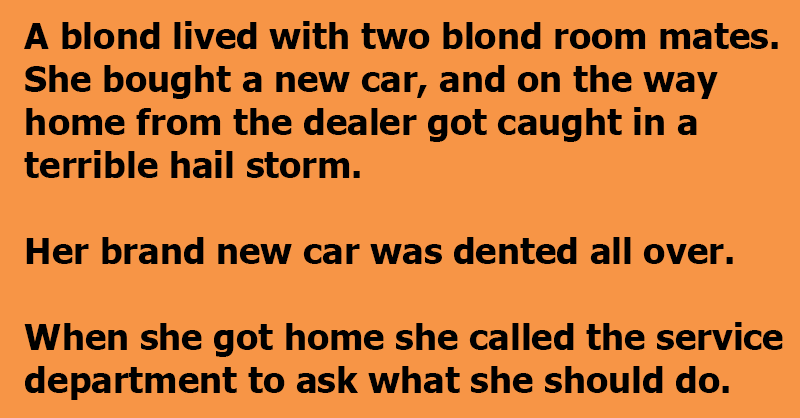 She bought a new car, and on the way home from the dealer got caught in a terrible hail storm.

Her brand new car was dented all over.

When she got home she called the service department to ask what she should do. 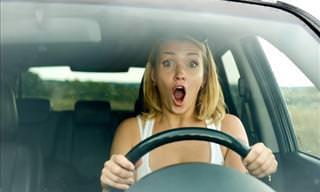 The service chief, being a prankster, told her to wait till the car was cool and then blow hard on the tail pipe, which would pop out all the dents.

A half-hour later her roomies saw her on her knees behind the car, blowing as hard as she could.

They asked what the heck she was doing and she told them, adding in a perplexed tone “But it’s not working”.

“You dummy” one of her blond roommates said. “You have to roll up the windows first!“

Standing beside a valiant stallion, a beautiful blonde decides she must ride this animal despite having no previous riding experience.

Soon, she finds herself on the horse’s back, galloping through a lush green meadow.

Unsuspectingly, the horse suddenly picks up speed, and she finds herself euphoric over the freedom she is experiencing.

Once again, the magnificent animal picks up speed – except this time her inexperience gets the better of her. She finds herself barely able to hang on.

The startled horse is now in a dead run, and the beautiful blonde finds herself hanging off to one side of the horse, her head just inches from the ground… catastrophe seconds away.

Frank, the Walmart door man, calmly walks up and unplugs the ride.